4G LTE Smartphone: Nowadays, people are very crazy about 4G smartphones. They are always looking for the new featured and fastest version mobile phone. The tech companies are still trying for the fastest edition smartphone. There is much competition in a market for serving with the 4GLTE phones. There is some famous brand with new features and just not interested in the specs.

There are people who don’t require the flagship phone, instead of that they want a high-end phone for just calling and include simple functions. The under budget phone are also had amazing design and also has basic features and functions. As the VoLTE phone is also very costly but in this list, you can find cheap 4G LTE smartphone. This post will help you in finding your future cheap smartphone.

If you are looking for a smartphone of your comfort Gadgetsay Smartphone Analyst has found the top 10 best 4G VoLTE smartphone. You can also ask any queries or questions relating to smartphones, gadgets or anything similar to tech in our Gadgetsay Forum. Here is the branded phone list present that supports 4G LTE and comes with unique features. Let’s check out the Top 10 Best Cheap 4G LTE Smartphone Of July 2018. 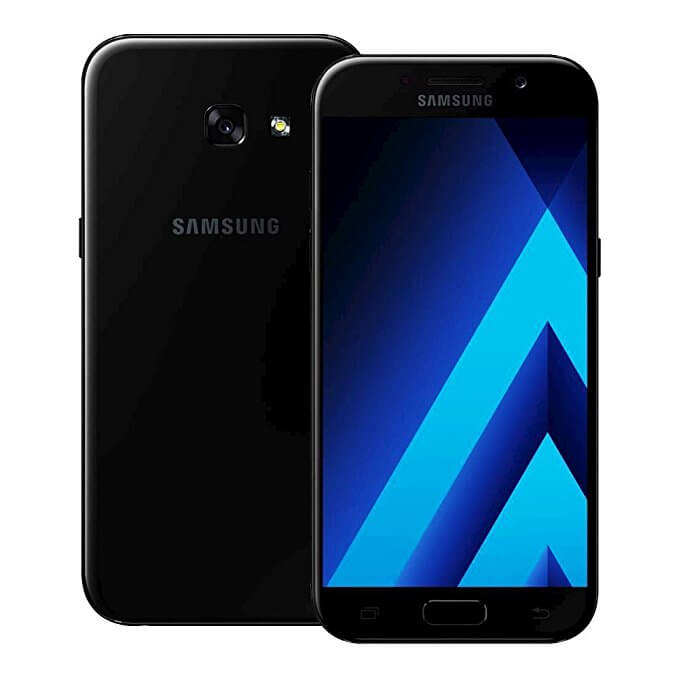 The Samsung Company has manufactured its cheap smartphone which is featured with innovative design. It is featured with 4G FDD LTE, 4G TDD LTE network. It has 5.2-inch super AMOLED capacitive touchscreen, with the resolution of 1080 x 1920 pixel. It is supported with Octa-Core 1.9 GHz Cortex-A53 processor and runs the latest Android v6.0 Marshmallow. The phone is compatible with GSM carriers such as AT&T and T-Mobile. 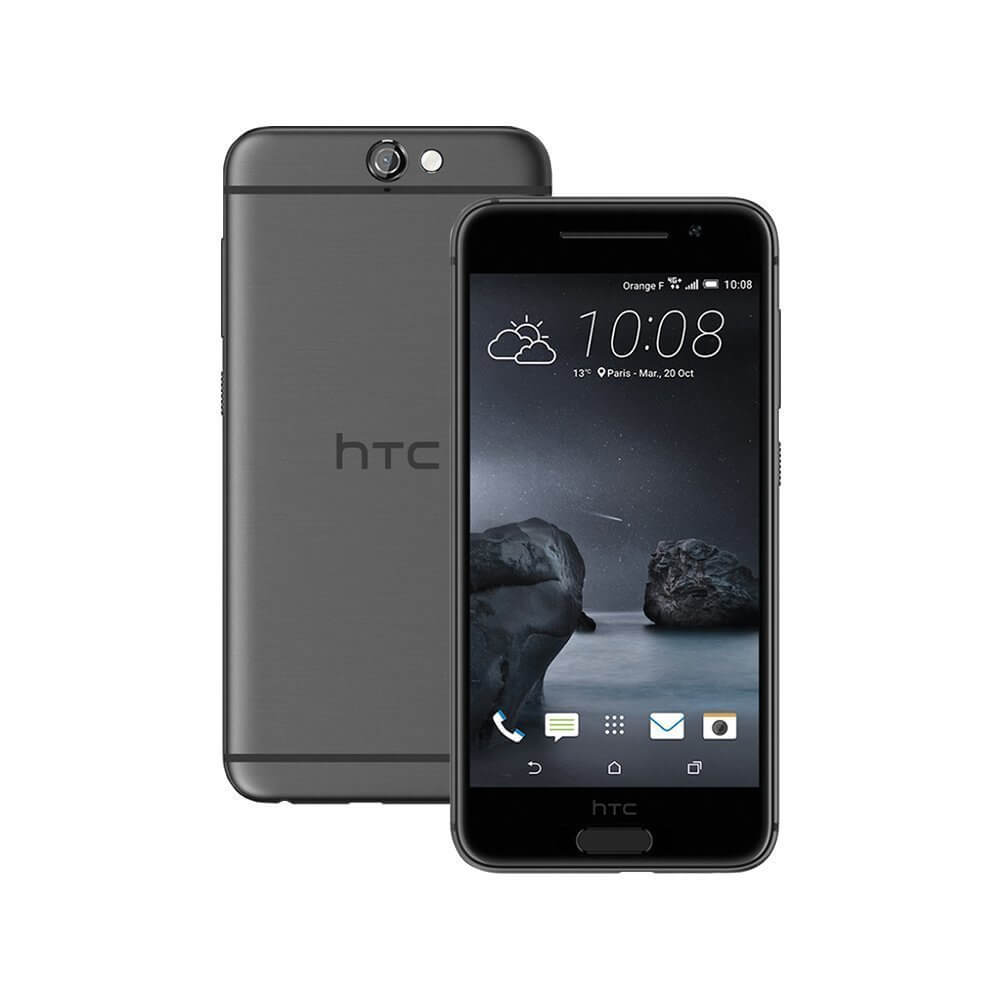 HTC One A9 is developed with a design which looks classy in your hand. The sound quality (High-resolution audio) is the best feature of HTC phones. This device features GSM / HSPA / LTE technology network. It is equipped with a 5.0-inch AMOLED Capacitive Multi-Touchscreen with Corning Gorilla Glass 4 protection. It runs Android v6.0 (Marshmallow) and powered by Qualcomm MSM8952 Snapdragon 617 Octa-core processor. You will get 13 Megapixel Camera highlighting optical image stabilization, Autofocus, dual-LED (dual tone) and Front-facing 4 Megapixel Camera in this mid-spec phone. 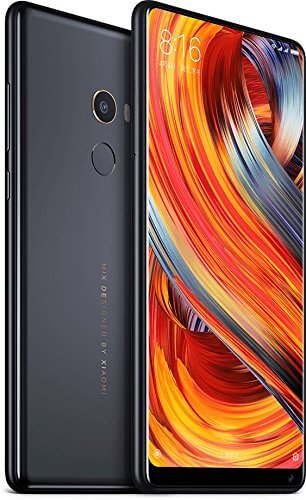 Mi Max is remarkably sleek, light, and fits comfortably in one hand. The global, standard as well as prime variant of the model comes with GSM/ CDMA/ HSPA/ EVDO/ LTE network technology. The phone is built with aluminum so, it is lightweight. It features an IPS LCD capacitive touchscreen of 6.44 inches with1080 x 1920 pixels resolution. It runs on Android 6.0 (Marshmallow) which can be upgraded. The standard variant is powered by Qualcomm MSM8956 Snapdragon 650 processor and prime variant packs Qualcomm MSM8976 Snapdragon 652. It offers great performance and battery life. 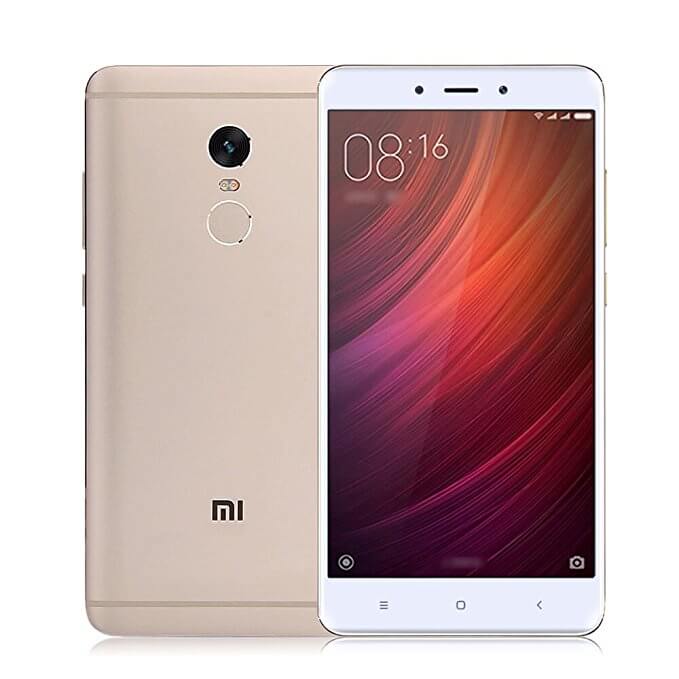 Presently, Xiaomi phones are really popular among the young generation as it is available at an affordable and genuine cost. All the versions of this model support the GSM/ HSPA/ LTE network technology. It has a metal body with shiny polish over it. It is equipped with a 5.5 inches IPS LCD capacitive touchscreen with 1080 x 1920 pixels resolution. The device is powered by Qualcomm MSM8956 Snapdragon 650 Hexa-core CPU. It features 16 MP primary camera highlighting Geo-tagging, touch focus, face/smile detection, HDR, and panorama. The front camera is 5 MP which clicks amazing selfies. 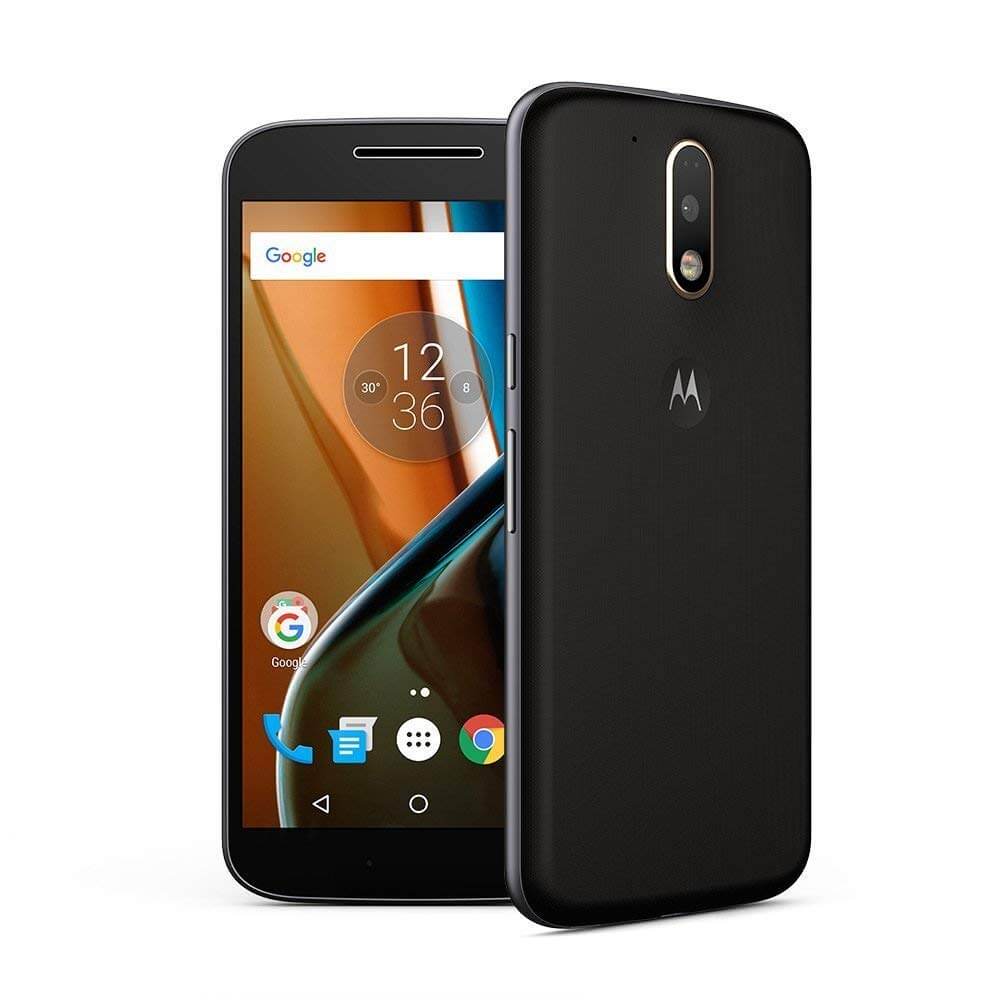 Moto G4 Plus is made with the fastest fingerprint unlock. G4 Plus features GSM/ HSPA/ LTE technology network with dual 4G SIM support. It packs a 5 .5″ full HD display which shows sharp and realistic photos and videos and protected with Corning Gorilla Glass. The display resolution is of 1080 x 1920 pixels. The device is powered by a Qualcomm MSM8952 Snapdragon 617 Octa-core CPU. The performance is just commendable and the battery life is amazing when combined with fast charging charger. It record videos of 1080p@ 30fps from the 16 MP primary camera and 5 MP front selfie shooter.

As said by the company “Bringing together a stunning full-width display, a smooth, curved form and a size that’s not-too-big and not-too-small”. It features GSM/ HSPA/ LTE network technology. It has an amazing 13-megapixel camera with Hybrid Autofocus and 8-megapixel front camera for low-light selfies. It packs an accurate IPS LCD capacitive touchscreen 5” HD display with curved glass with 720 x 1280 pixels resolution. The processor is Mediatek MT6755 Helio P10 Octa-core chipset. It is the best affordable smartphone with decent features. 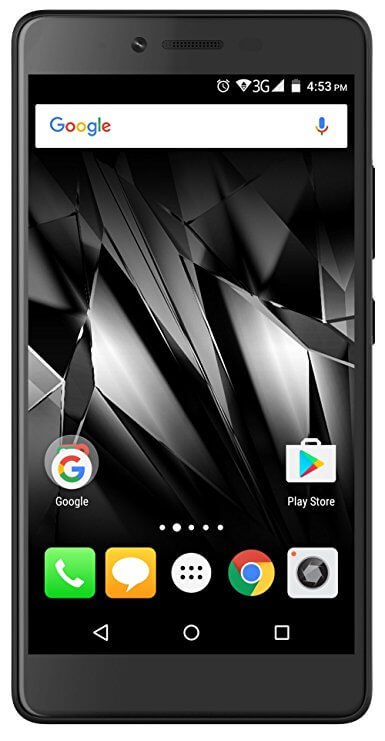 Micromax is the latest manufactures of mobile phone under budget. Recently the company has produced Micromax Canvas 6 Pro with dual SIM and is featured with GSM / HSPA / LTE network. It is installed with 5.5 inches, with 1080 x 1920 pixels resolution which makes the smartphone look attractive. The Canvas 6 Pro is powered by Octa-core 2.0 GHz Cortex-A53 and runs the advanced Android 5.1 (Lollipop) OS. It also provides non-removable Li-Ion 3000 mAh powerful battery life. 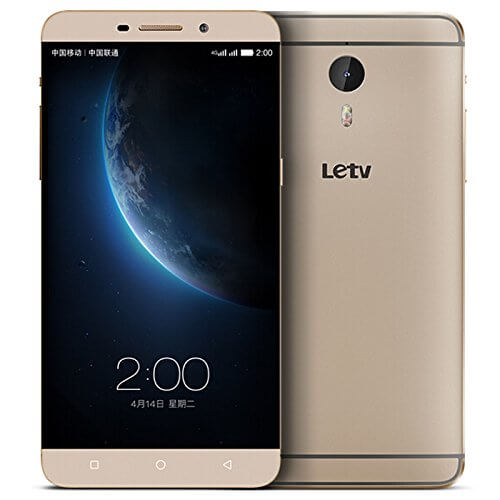 The Letv is also one of the famous tech company which has manufactured its latest phone Le 1 Pro. The smartphone is installed with advanced features and includes the 5.5-inch display with 2560×1440 pixels resolution. It also offers GSM/ 4G LTE network technology for fast voice calling. The Le 1 Pro is powered by Octa-Core Snapdragon 810 Processor. It includes 13 MP rear camera and 4MP front camera with OmniVision OV4688 sensor. It runs Android 4.4 OS which completes your device with convincing features. 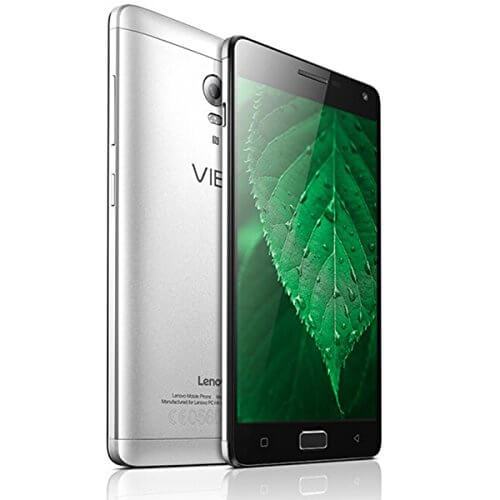 The Lenovo is again one of the trusted company on the list. It has produced an amazing smartphone Vibe P1 Turbo. It includes a GSM / HSPA / LTE network with dual SIM. The is designed with 5.5 inches display with 1080 x 1920 pixels resolution. It includes Qualcomm MSM8939 v2 Snapdragon 616 processor and runs the advance Android 5.1 (Lollipop). It gives long lasting non-removable Li-Po 4900 mAh battery life. This smartphone comes in an affordable with the advance feature. 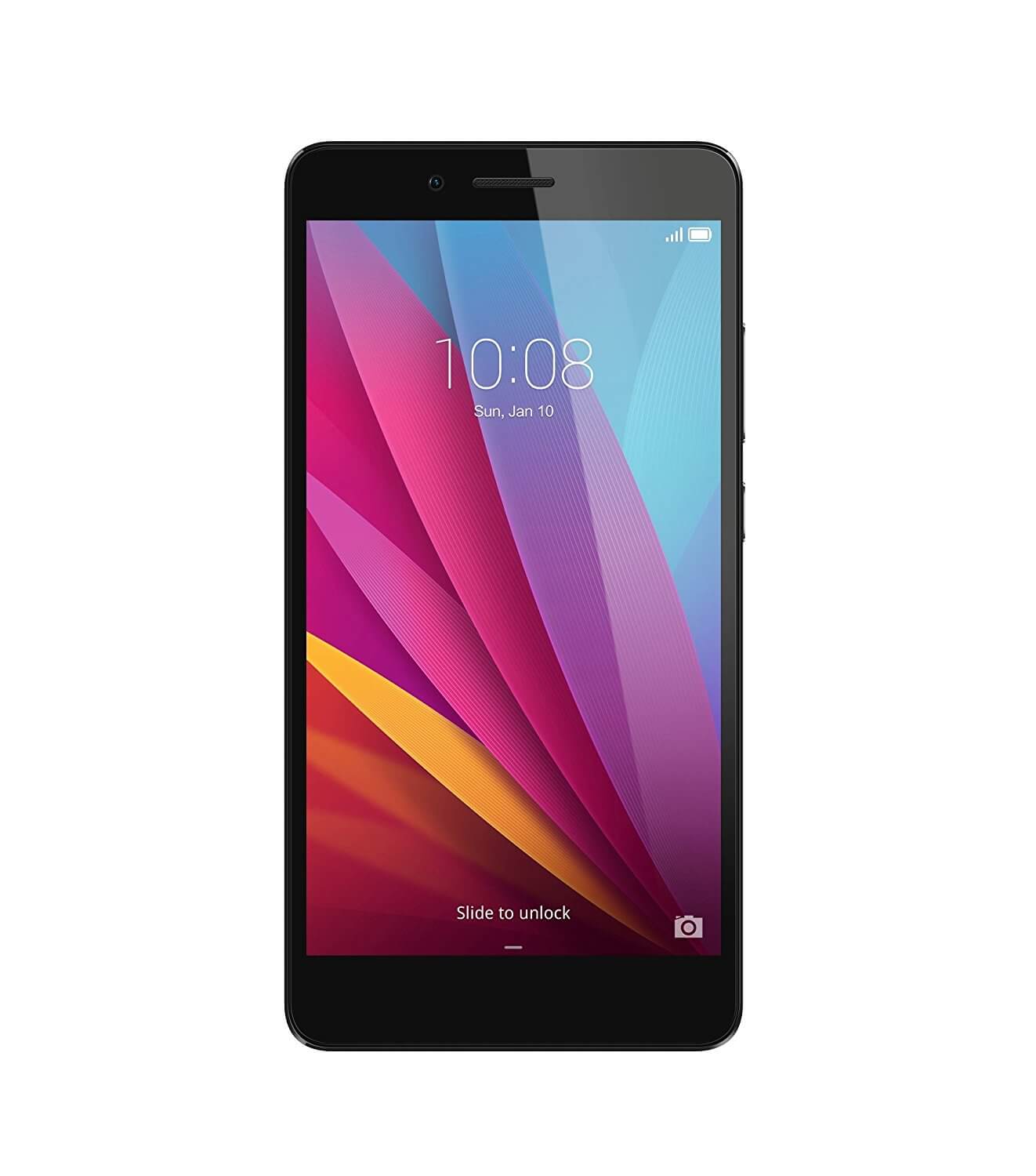 The Chinese Company Huawei has become famous worldwide with its fabulous features and amazing camera quality. Currently, the company has manufactured its latest phone Honor 5X which includes GSM / HSPA / LTE network with dual SIM technology. It is built-in with front glass, aluminum body. Previously the smartphone runs Android 5.1.1 (Lollipop), which later upgradable to 6.0.1 (Marshmallow). It is powered by Qualcomm MSM8939v2 Snapdragon 616. The screen size is the same in the Lenovo Vibe P1 Turbo and also introduced with the fingerprint sensor. 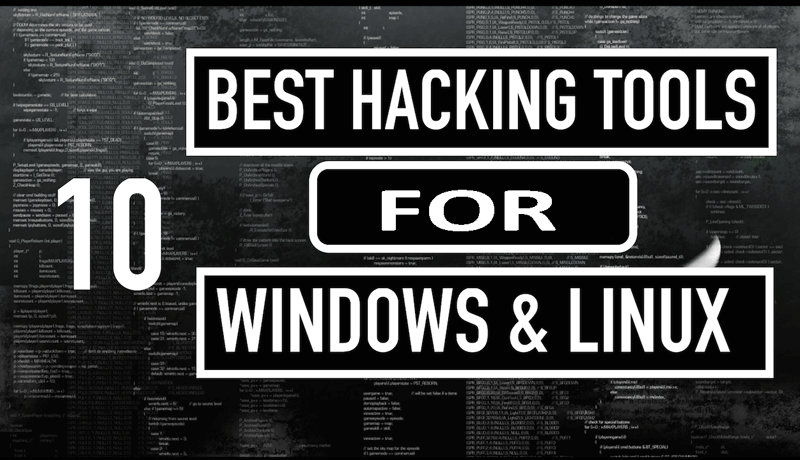