Fingerprint Sensor Smartphone: The tech companies are manufacturing their best smartphones which are equipped with loads of features. The smartphone fans are very excited about the launch with the new highlight. As the people are so busy in their life they don’t want to waste time in searching a cool feature and handy smartphone for themselves. So, we always try to make your tasks easier.

The OnePlus 6 is an amazing smartphone in a very short period this phone has become the favorite phone of many users. Its gorgeous design and wonderful features have attracted the user very quickly. The phone has 6.28-inch FHD+ Full Optic AMOLED 19:9 display with 2280 x 1080 pixels resolution. The screen is safeguarded with 2.5D Corning Gorilla Glass 5. It is powered with Qualcomm Snapdragon 845 octa-core processor and run on Android Oreo 8.1. It is featured with the best fingerprint sensor, Face Unlock.

Moto phones are really widespread globally. It is an affordable smartphone with an amazing feature. It packs a bright and smooth 5.70-inch touchscreen display with a resolution of 1080 pixels x 2160 pixels. The Moto G6 is capable of multitasking with great speed performance thanks to the 1.8GHz Octa-core processor and 4GB of RAM. It comes with a built-in fingerprint sensor below its home button and some other sensors include Compass/ Magnetometer, Proximity sensor, Accelerometer, and Gyroscope. It features a 12MP primary camera on the rear and a 16MP front selfie camera.

The Honor Company has manufactured the latest 7c model. It gives a 5.99-inch wonderful LED capacitive touchscreen with 720 x 1440 pixels resolution. It runs Android EMUI v8.0 Oreo and is powered by 1.8GHz Qualcomm Snapdragon 450 octa-core processor. The phone is featured with the latest face and fingerprint unlock. It also has 13MP + 2MP primary dual camera and 8MP front-facing the camera with F2.0 aperture. The best thing is that you get a brand new phone running Android EMUI v8.0 based Oreo OS along with 1.8GHz Qualcomm Snapdragon 450 octa-core processor. In terms of storage, it features 3GB of RAM and 32GB internal memory which can be expanded to 256GB. It features both face and fingerprint unlock.

4. Samsung Galaxy A6 Plus 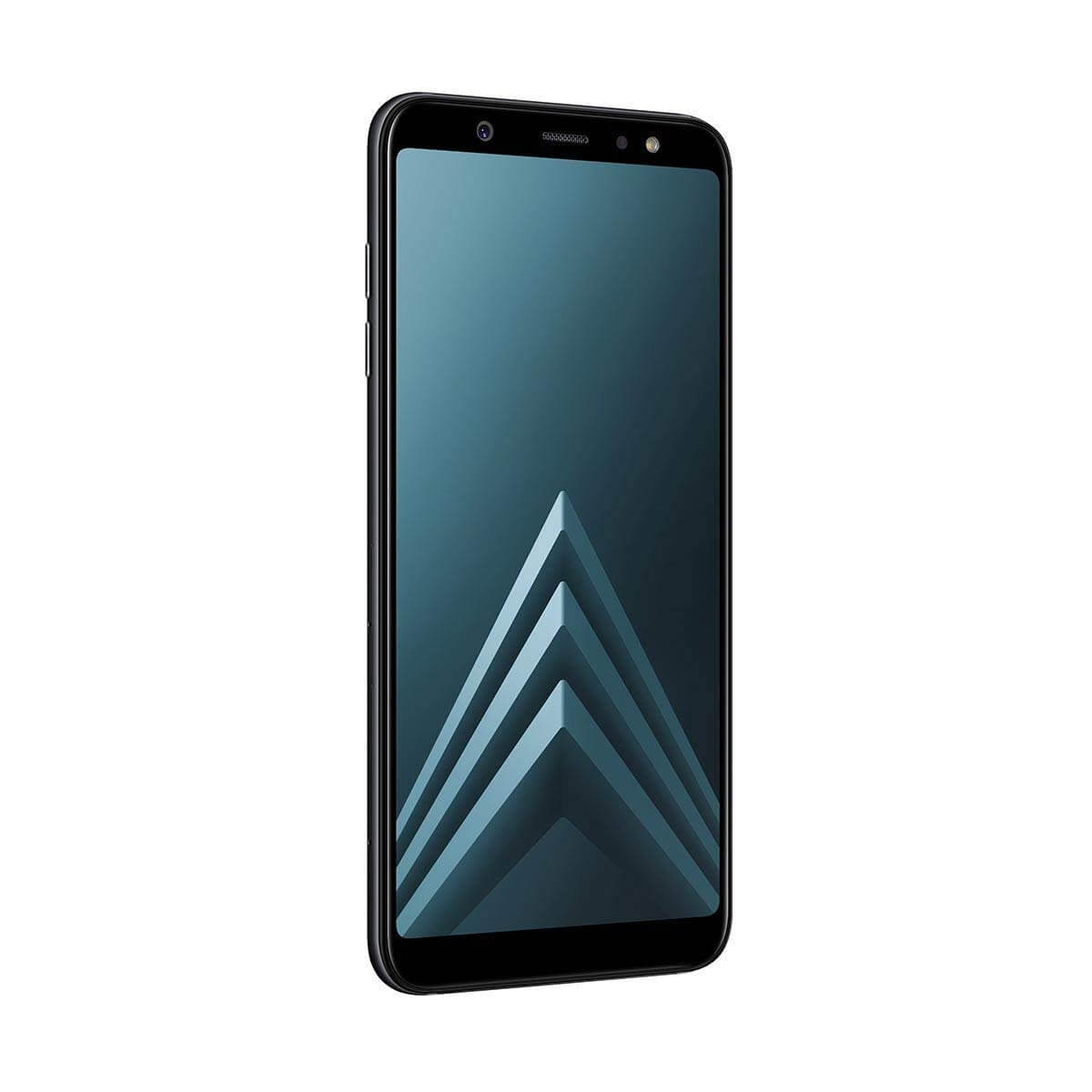 Basically, this Samsung smartphone comes with well metal build, bright and fresh display, latest software features, and an effective front camera. The phone is light-weight with dimensions of 160.2 x 75.7 x 7.9mm. It features Samsung’s AMOLED panels of 6.0 inches screen with HD resolution of 1080 x 2220 pixels. It is powered by Snapdragon 450 and runs Android 8 which is the latest OS. In terms of storage, it features 4GB of RAM with 64GB of internal storage. It packs a powerful battery of 3,500mAh, but its common among all Android phones. It is specially made with a 24MP front camera and rear dual camera of 16MP + 5MP. 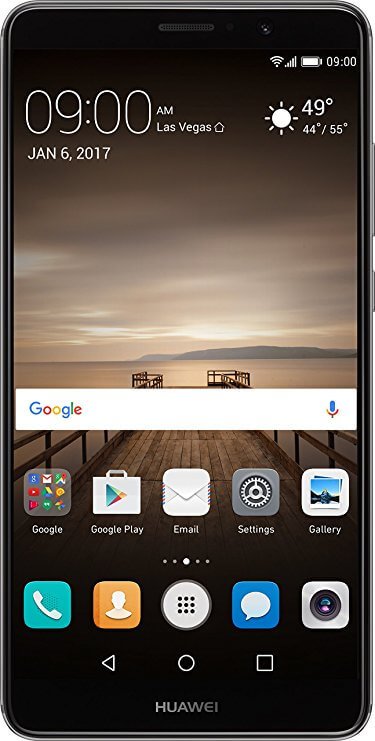 If you want a smartphone with great battery life and performance at an attractive price, then this is made especially for you. It has a substantial build feature which makes the phone life longer. The Huawei Mate 9 is Daydream VR-ready and developed with Machine Learning Algorithm. It has a complete metal uni-body with a fingerprint sensor on the rear. It features a 5.9-inch touchscreen with HD resolution of 1920 x 1080 pixel. It runs on Emotion UI 5 based on Android 7 Nougat software. Powered by Hisilicon Kirin 960, it packs a 4000mAh battery. It comes with 4GB of RAM and 64GB of internal storage. It is equipped with dual rear cameras of 20MP and 12MP sensors and a decent 8MP front sensor.

Huawei Honor 8 is all about performance and the classy looks. It features 15 layers of nano-etched glass which offers a shiny and smooth appearance. Honor 8 runs Android 7.0 Nougat and equipped with Fingerprint sensor counterparts as a shortcut-filled Smart Key and Knuckle-initiated knock movements. It packs a 3,000mAh battery which is long-lasting. The phone has an amazing 5.2-inch touchscreen display with 1080 x 1920 pixels resolution and 12 MP camera Exmor-RS CMOS Sensor. It packs Octa-core (2.3 GHz, Quad core, Cortex A72 + 1.8 GHz, Quad core, Cortex A53) processor and runs on Android v6.0 (Marshmallow) OS.

The special feature of OnePlus 5T is the screen 6.01-inch touchscreen with a resolution of 1080 pixels x 2160 pixels. It is known for its amazing battery life, rival price tag, dash charging which is fastest, OxygenOS, and mind blowing performance. It is powered by 2.45GHz octa-core processor and features 6GB of RAM with a 64GB of internal storage. It comes with a 16 MP camera on the back and a 16-megapixel front selfie camera. The OnePlus 5T runs Android 7.1.1 and packs a powerful 3300mAh non-removable battery. It is a lightweight device which you can hold and operate using one hand as it measures 156.10 x 75.00 x 7.30 (height x width x thickness). 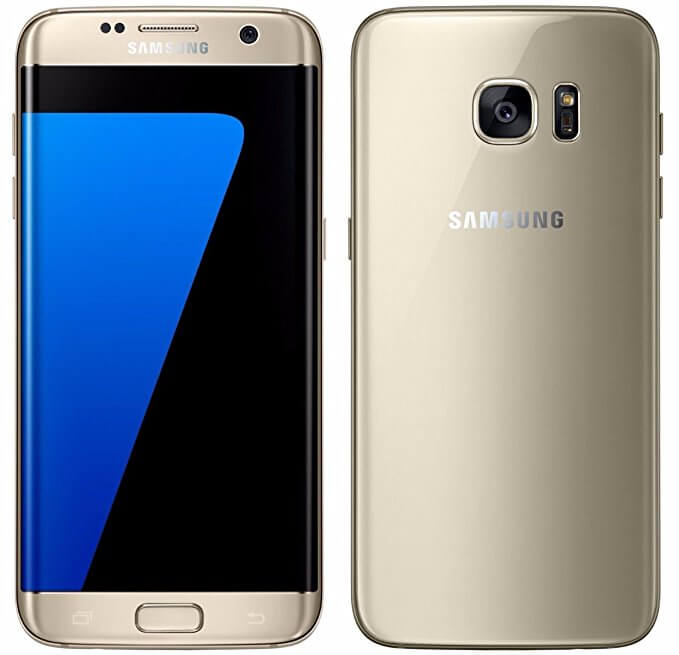 The Samsung Galaxy S7 Edge phone is completely tested as got a great durability results. It is one of the most affordable smartphones in the Samsung phone’s line-up. It has a 5.5″ (13.97 cm) display with a screen resolution of 1440 x 2560 pixels. It runs on Android v6.0 (Marshmallow) operating system and packs a 3600mAh battery power. The device is powered by Octa-core (2.3 GHz, Quad core, M1 Mongoose + 1.6 GHz, Quad core, Cortex A53) processor and 4 GB of RAM. Although, the camera quality is average with 12 MP CMOS sensor featuring a resolution of 4000 x 3000 Pixels and the front CMOS sensor. 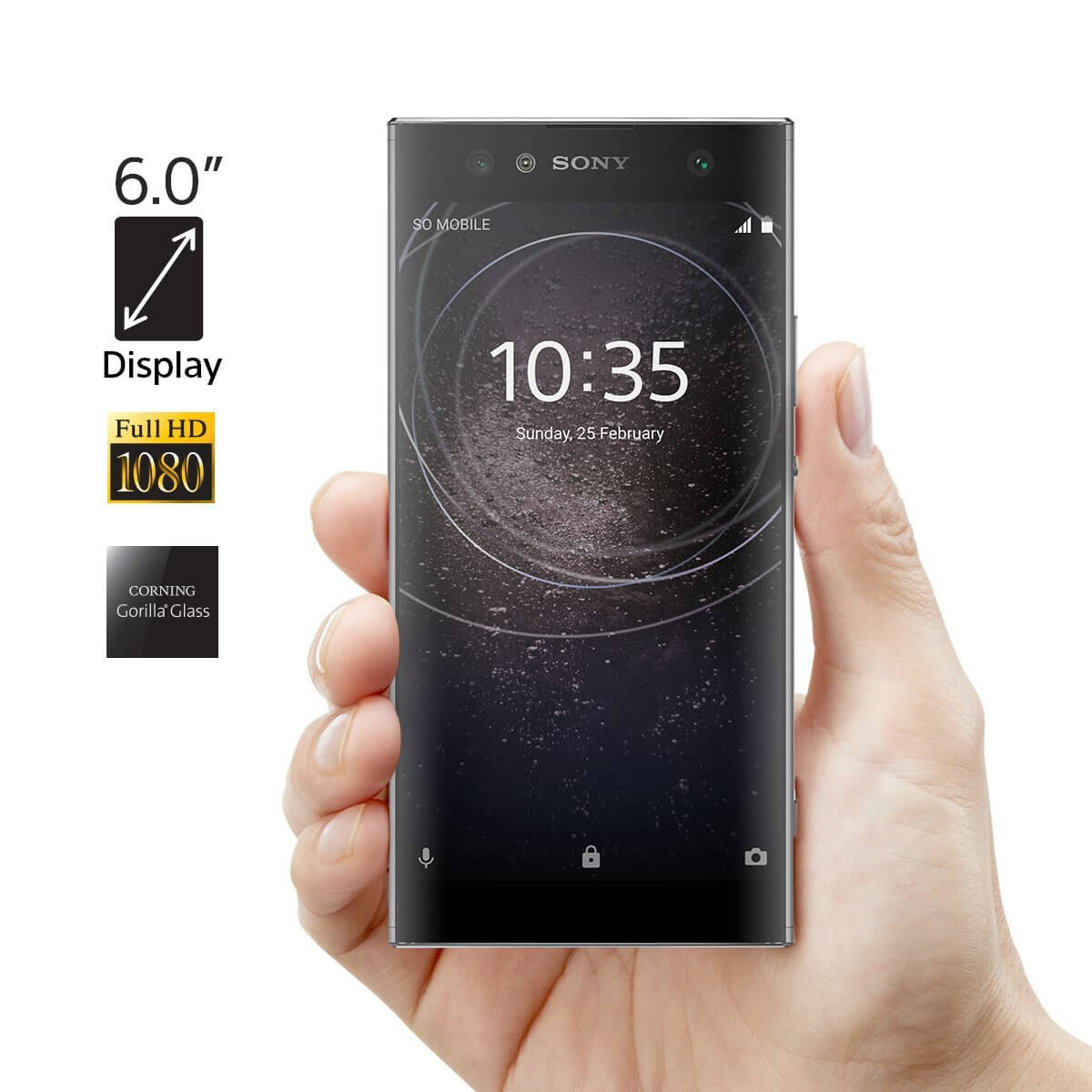 From the price front, Sony Xperia XA2 is one of the best smartphones available with a fingerprint sensor, It reviews an Aluminum frame body polycarbonate. The display is 5.2 inches with 1,920 x 1,080 pixel resolution LCD, 424ppi pixel density. The rear camera is 23MP, 1/2.3″ sensor size, f/2.0 aperture and 2160p/30fps video recording. The front selfie camera features 8MP with a 120-degree field of view and 1080p/30fps video recording. It runs on Android 8.0 Oreo and powers Snapdragon 630: octa-core 2.2GHz Cortex-A53 CPU and Adreno 508 GPU. In terms of memory, it has 3GB of RAM and 32GB storage with hybrid microSD slot for increasing memory. Moreover, it packs a 3,300 mAh battery with QuickCharge 3.0 fast charging. 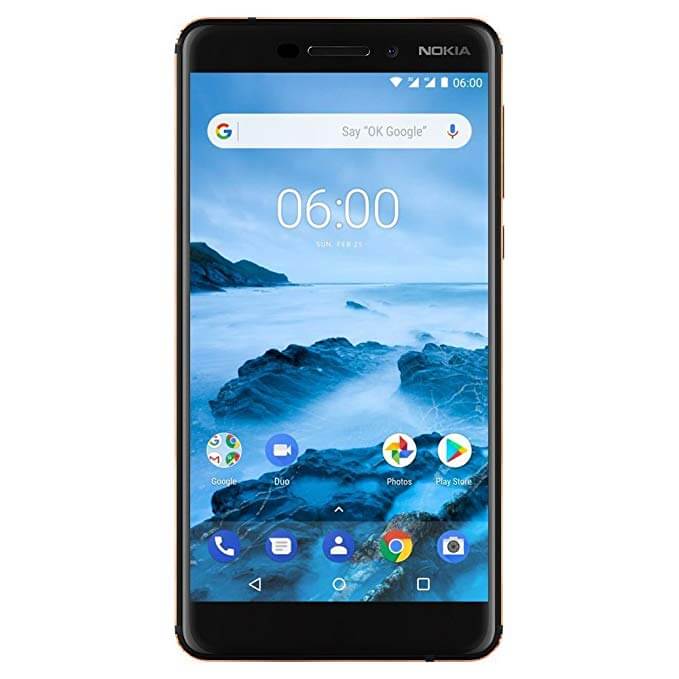 Nokia gets the latest updates of the Android operating system and it is one of the most trusted brands in the smartphone industry. The updated version of Nokia 6.1 features Gorilla Glass 3 front and a complete aluminum unibody with is lightweight. The display is 5.5-inch with 1080p IPS LCD and Gorilla Glass 3 protection. The rear camera has a 16MP sensor with a f/2.0 Zeiss lens which records at 2160p@30fps video recording. It comes with average quality 8MP front camera sensor which features 1080p at 30fps video recording. It is powered by Qualcomm Snapdragon 630, octa-core Cortex-A53 2.2GHz CPU and Adreno 508 GPU. The phone comes with 4GB of RAM and 32-64GB expandable internal storage.

So, these were the Top 10 Best Fingerprint Sensor Smartphone of July 2018. These phones are exclusively available in the market and you can also buy these from the links given below the respective products. These are the best hand-picked phones of the years which are manufactured by well-reputed smartphone companies. You can pick any of the phones under your budget from this list as all have amazing specs and features. I hope you like this article and have a great experience with your purchases. Don’t forget to leave your precious comments below and must share it with your friends who love smartphones with a fingerprint scanner. 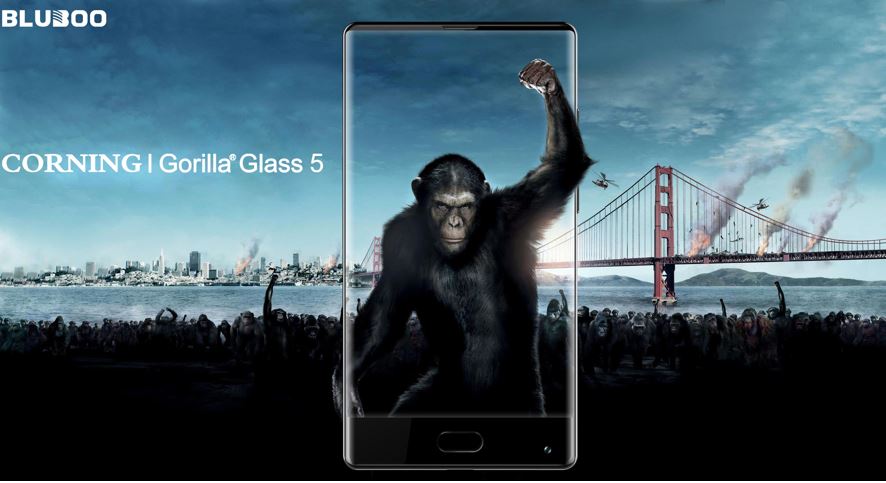