We have not got the full review of the Google Pixel 2, but have some idea from the Geekbench score. The source of information for the Google pixel 2 is Primate Labs. The Geekbench 4 benchmark analysis decisions for the Pixel 2 mentioned in the Primate Labs. In the website, we have found that the pixel os is the latest Android O. The smartphone comes with Qualcomm’s latest octa-core Snapdragon 835 processor. The same processor was included in the US version of Samsung’s Galaxy S8 and Galaxy S8 Plus. 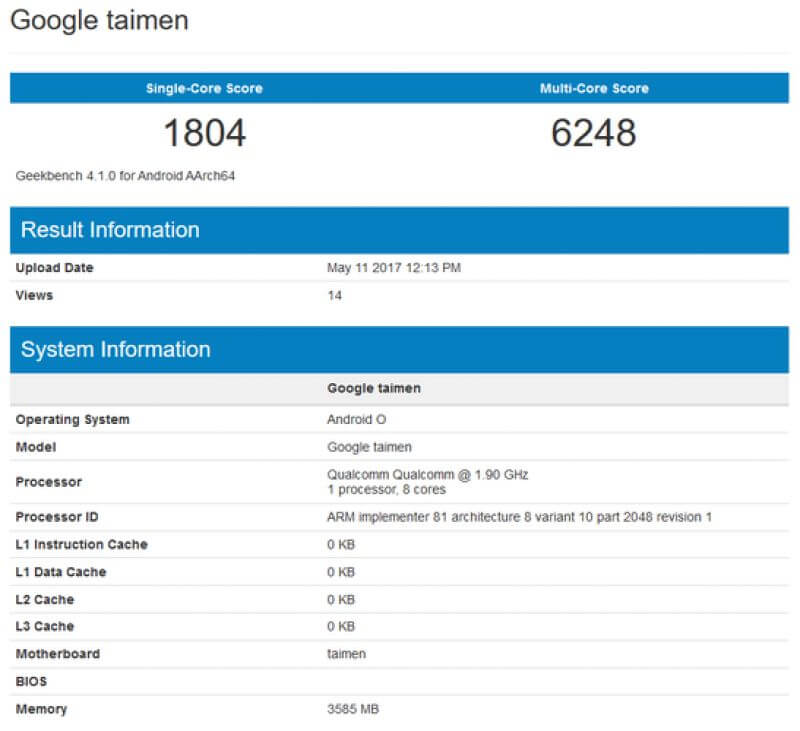 Google Pixel 2 has obtained a single-core score of 1804 which is much higher than iPhone 7 Plus score. The score of Pixel 2 is much similar to Samsung Galaxy S8 so we can claim that upcoming Google’s smartphone is going to be a super-hit in the market. We have recently seen a trailer of Pixel 2 on YouTube by the Concept Creator. According to the video, the smartphone has dual lens rear cameras and dual selfie cameras. It also features an OLED display and full HD display. Watch the full video below.