The launch of Samsung Galaxy A70 is the South Korean giant’s a big attempt to outshine the Chinese competitors that have carved out a shelter in the Indian smartphone market with competitively-priced devices.

The official launch date of Samsung Galaxy A70 powered by Qualcomm Snapdragon 675 processor is May 1, 2019. It is the first-ever smartphone that comes with a super-fast UFS 3.0 flash storage. 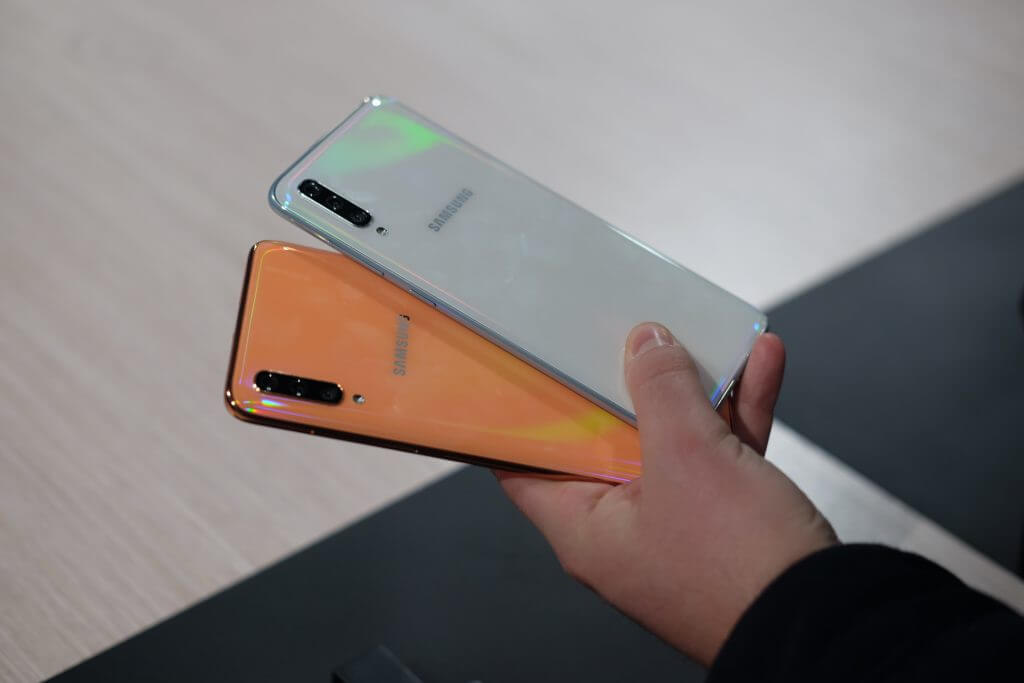 It is packed with several premium features such as an in-display fingerprint scanner, a triple rear camera system and the next generation 17.03cm FHD+Super AMOLED Infinity U-Display. It runs Samsung’s One UI based on Android pie. It has come to compete with devices like POCO F1 from Xiaomi and Vivo V15 Pro.

Here we can unlock the phone in style with On-screen Fingerprint and enjoy the best k-pop and Korean dramas on the My Galaxy App with an enhanced audio experience powered by Dolby Atmos technology.

Those who plan on a lot of display time and keen on a charge that lasts more than a day, then this is the best solid smartphone for them. The display on it seems to be more vibrant and color-rich than on other Samsung phones. It’s a large, not-very-narrow and somewhat heavy phone, owing to its big 4500mAh battery.

The A70 looks almost like the bigger version of the A50 as it has the same rainbow effect on the back which looks like glass but in actual it is plastic.

It is the perfect phone for media consumption like browsing, reading, binging on movies works great on this phone. For anyone short-sighted, the screen can take on high contrasts and large text sizes mean it is very easy to use.

There is Samsung’s Bixby voice-based assistant that helps in doing a lot of things like setting the alarm or finding the app. It also has Samsung pay which makes shopping easier.

It comes with 6GB and 8GB RAM options paired with 128GB of internal storage which can be expanded using a micro-SD card. The A70 comes in three color options viz. Black, White, and Blue, all three of which exude the iridescent gradient effect, but to a different extent. If you have any queries regarding this phone or any other smartphone then feel free to contact Gadgetsay Forum. 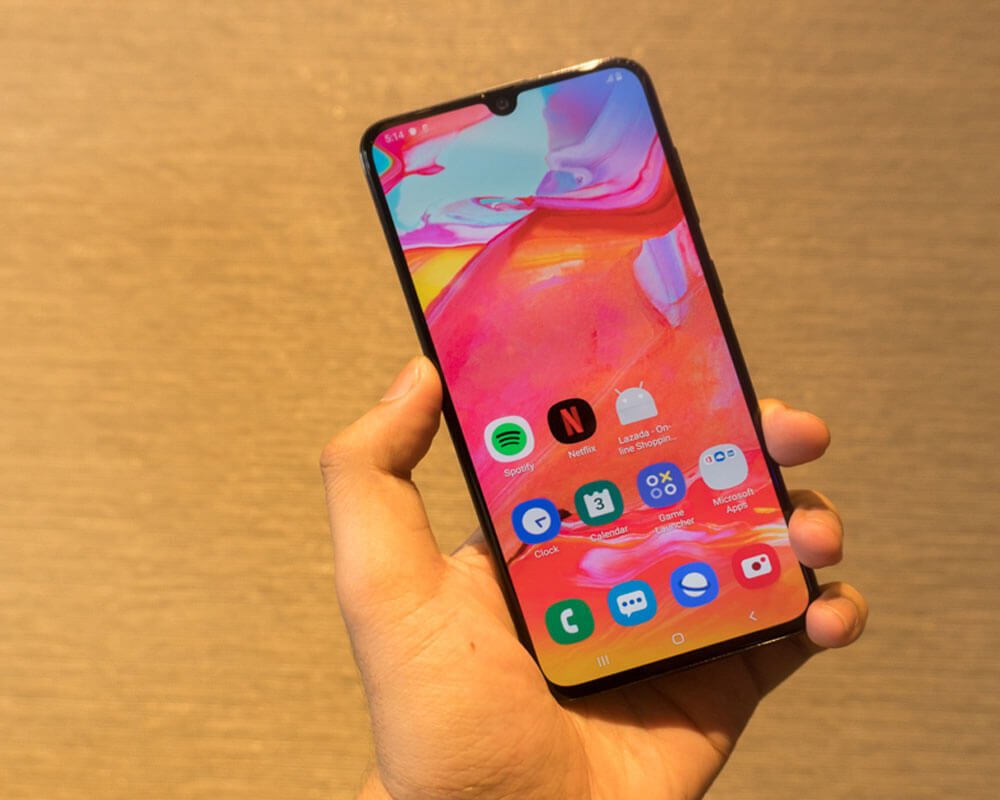 Specifications on Samsung Galaxy A70-